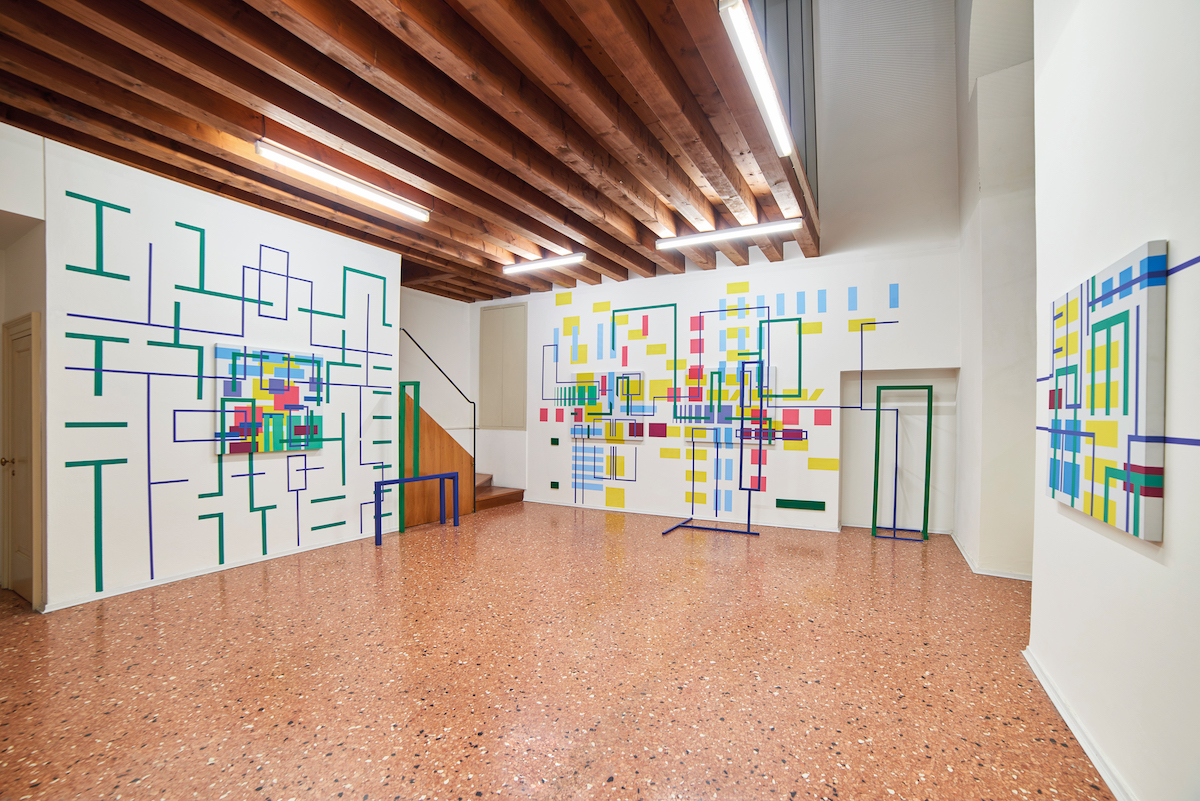 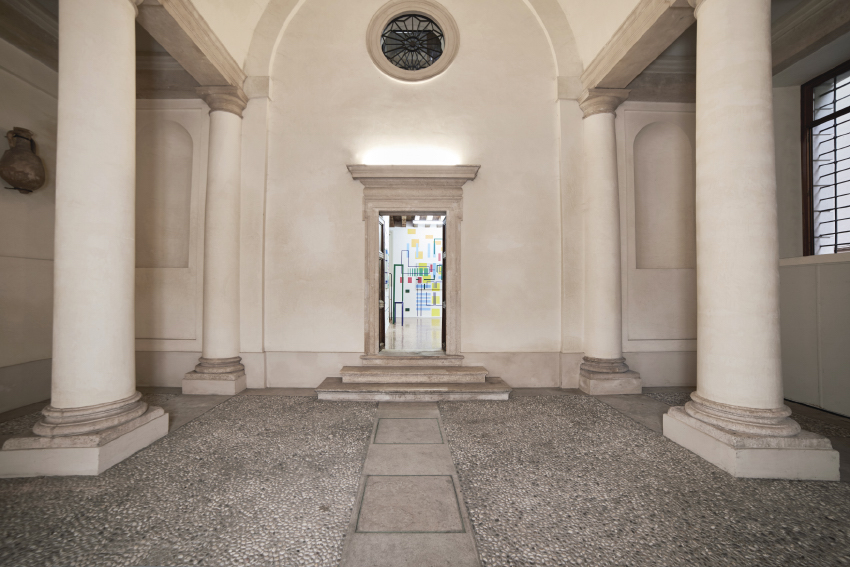 For Res Extensa Iler Melioli focussed on formal aspects with clearly geometrical roots, reducing his linguistic alphabet (as the artist defines it) to painterly elements which are completely devoid of any delusion of describing the world or nature ‘as they are’. Indeed even the motif of the tree in the Giardini Pensili series of a few years ago was more of an ironic, serial and repeated sign than a reference to nature. The current operation is not merely an operation of further formal reduction. It appears inclined to considering the painting as an expansive element, generating interventions on the walls (in this instance with genuine wall paintings) and into the surrounding space. The paining, considered as a painted surface outlined by the perimeter of its support, retains and at the same time forfeits its limits in an exercise of camouflage that transforms it into an element of a larger whole. The painting appears to be absorbed by the wall art it has contributed to creating. A similar thing occurs with the three-dimensional elements, structures that are either intended as an extension of the wall art, or the opposite, as an element being progressively absorbed by the entirety of the painted work. The relatively indistinct nature of painting and wall also becomes a relative indistinctness between the two and three-dimensional nature of the artwork, surface and structure, according to the angle it is looked at by the viewer. What happens is that the pervasive formal rhythmic nature of the whole prevails over each single element, that on its own would be defined as painting, sculpture or structure. This is a rhythm of perpendicular lines and basic geometric figures, which appear to position themselves and settle on transparent, partially overlapping surfaces. This perceptive and Gestaltic result in Melioli’s work was also one of the fundamental components of Arte Programmata (again a fusion of art, technology and perception, this time from Italy) and Op Art, both of which are pertinent to Melioli’s work. The influence of the latter can easily be seen, at an international level, by looking at the work of Peter Schuyff, one the seminal figures of Neo- Geo, and that of the Op Art master, Victor Vasarely. (entire text on the catalog)

Listen to the finissage conference >>